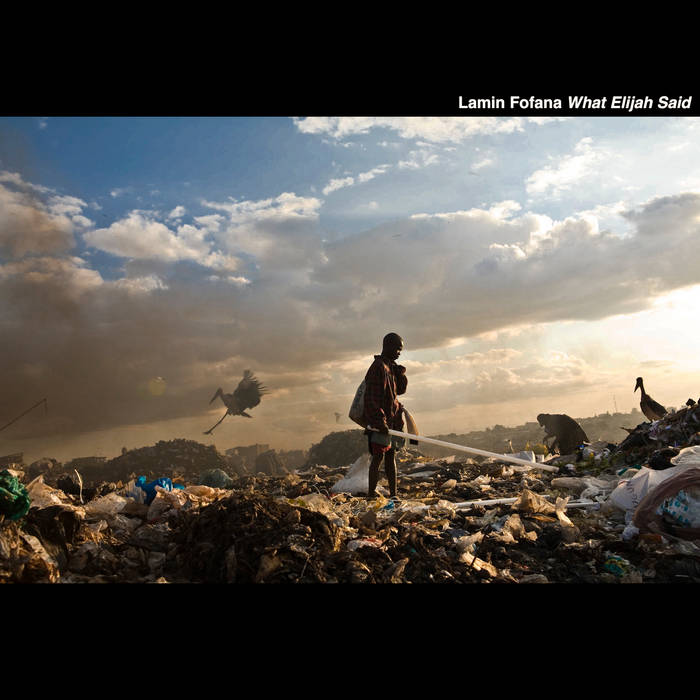 Lamin Fofana was born in the West African country of Guinea. When the political situation got bumpy, he moved to Freetown, Sierra Leone, where his routine involved listening to Goodie Mob and Organized Konfusion as well as attending Quranic schools/mosques. In 1997 Lamin’s family had to flee worsening conditions in Sierra Leone - losing friends, belongings, documents, a home. They spent several days crossing roads and bridges destroyed by rebels to prevent people from escaping. At the end of the year, Fofana found a new home in Harlem, New York, where he lives today.

What Elijah Said is his debut release. This is lucid, detailed dance music. Three tunes are uptempo: a squiggling infectious electro riddim (either 85 or 170bpm), the slinky 125bpm 4x4 bonus track, and an exquisite piece of instrumental beatwork that sounds like a sober Flying Lotus. The title song bides its time with a well-paced electronic skank. Mysterious samples throughout suggest Lamin’s background in political strife and social upheaval.

When we asked him to describe the music, Lamin sent us this sentence: “Yet, he would refer to the Mother Plane, a mysterious space ship with superior beings, giant black gods or something like that, that patrolled the universe, keeping an eye on the devil and ready to rescue Black Muslims from Armageddon.” Sounds like sci-fi, but turns out it’s from the New York Times 1975 obituary (!) for Nation of Islam founder Elijah Muhammad. Although the EP title comes from a line in Jay Electronica’s “Katrina The Levees Broke”. . .

Everything is not what it seems, and this music’s mark of greatness is the way it so effortlessly calls for repeat listens. What Elijah Said.


Artwork: Boy holding fluorescent bulb, photo by Brendan Bannon, Dandora Dumpsite, Nairobi. 8/29/2006. Hundreds of trash pickers scavenge the dump for food, plastic, glass, and metal. Areas of the dump smolder from a slow burn of plastics and detritus just under the surface. Local activist have attempted to close the site due to pollution concerns.

"You're too far away, brother."