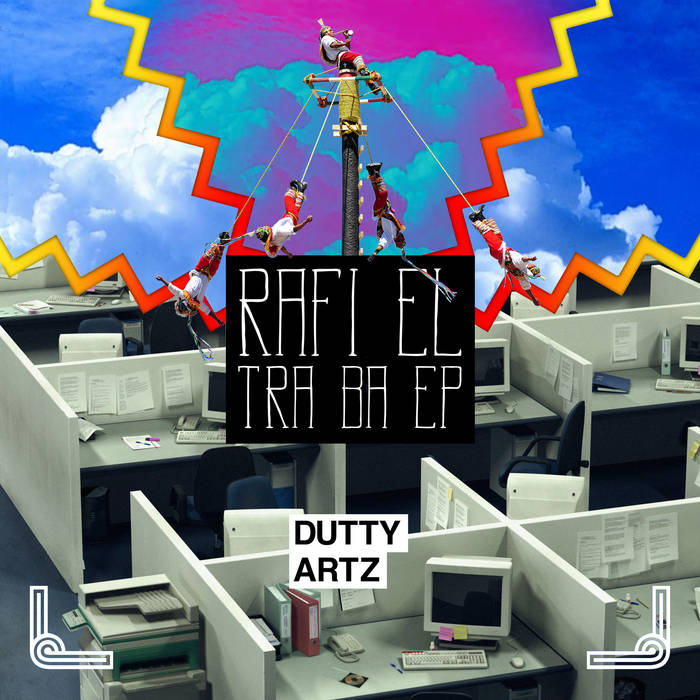 We travel in circles. Our lives move in cycles. Our dreams spin us around. This is something that artist Rafi El understands intuitively. Through his life and music, he’s been constantly circling back to the source of his creativity, the mountains of South America – long a source of cultural wealth and shamanic power. Raised by parents from Argentina’s historical Jewish communities, Rafi was born in Israel and grew up in Los Angeles, where he currently lives. His earliest days were steeped in the sounds and cultures of three continents.

Rafi El’s music gained form in L.A.’s unique pan- Latino communities, also drawing on the West Coast beat scene (from Flying Lotus’ psychedelic breaks to the synthy exuberance of hyphy rap). But it was the sound of an Ayahuasca Shaman playing songs on a charango that brought him spinning back to the music of the Andes, the music that borders his parents’ old home in Argentina. As Rafi El says, “There’s something about the chord changes in Andean music — the way it’s constantly shifting between major and minor. It’s really deep and affecting.” Zeroing in on this musical inspiration, he moved towards the music of his ancestral roots, and incorporating these influences into the music he was making in Los Angeles’ burning-hot Indie- Tropical nights. There, Rafi El paired his distinctive voice with songwriting whose cheerfulness played with Latin mood shifts, wrapping it around a unique production style where hard-driving electronic beats share space with acoustic, folkloric instruments.

Tra Ba brings Rafi El’s deft Spanish lyricism and songwriting together with a beat that combines South American folk traditions and contemporary dancefloor rhythms, culminating in a hook that celebrates the joys of communal fiesta celebration after a week of workplace drudgery. He raps and sings bilingually, weaving between Spanish and English, telling an immigrant’s tale of searching for connection in a fragmented city, and finding release in the delirious dance… It’s the sound of Los Angeles today.

Tra Ba was written, produced, and performed by Rafi El