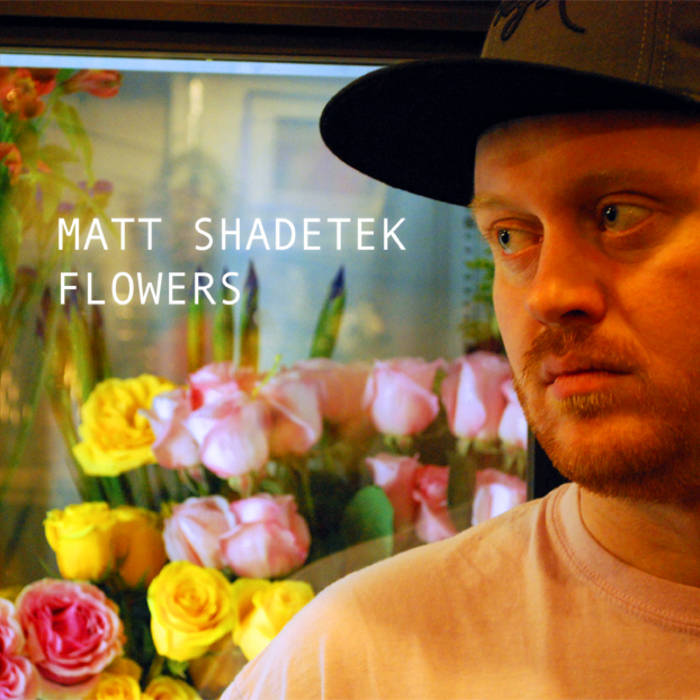 Veteran producer Matt Shadetek is a lifelong New Yorker. He came of age in the 1990s in Manhattan, where hiphop, house, and rave music all simmered together. In the late 90s Matt started making music influenced by rap, jungle, and experimental electronica, and since then his productions have been widely influential – from his “Brooklyn Anthem” going viral in NYC's teen dancehall scene (over 100 DIY videos of kids dancing to it are on YouTube) to his Burnerism album with Team Shadetek released on Warp Records, and his album Pale Fire featuring some of London's biggest Grime MCs.

Last year, Shadetek teamed up with DJ /rupture to produce the critically-acclaimed Solar Life Raft mix album. Shadetek is also the main architect behind the sound of reggae-crossover artist Jahdan Blakkamoore. After 10 years of collaborations with vocalists and other producers, Shadetek releases his first solo instrumental album, on Dutty Artz, the record label he co-founded with Rupture.


Matt Shadetek wrote Flowers, his most optimistic and light-hearted work yet, as he fought crazy neighbors, bed-bugs and crappy day jobs at home studios in Harlem and south Brooklyn. He made a decision to push a pretty, plastic, melodic sound, going deep into synth programming and musical composition (Matt's the head teacher for audio software Logic at New York production school DubSpot). Keeping Flowers instrumental allowed him to expand his compositional palette. The resulting songs -- like the electro-tinged single “Funny Cats” - are catchy, breezy, with synth sounds that bubble and sparkle.


Building on his at the time un-willing, unconscious schooling in 90s New York house and freestyle, Matt brought in his influence of UK garage and funky. Ever since his grime days working and touring with Jammer Shadetek has maintained close ties with London's dance scene. He spent most of 2009 fine-tuning the material at clubs in NYC and Europe -- Shadetek is one of the few DJs who can rock a crowd using all original material. His 4x4/garage beats work on a dancefloor – but it's the layers of synth voices and harmonic depth that make Flowers a rare electronic album that you can listen to as you chill at home on a Sunday afternoon, or (turning it up to 11) throw on a dancefloor at peak time.


Dubstep? Yes and no-- Shadetek can sculpt bass weight with the best of them (see digi-dancehall anthem "Strength in Numbers", which Rupture began Solar Life Raft with), but Flowers sidesteps the macho heaviness of dubstep in favor of lightness and effervescence. In compressed, cantankerous NYC, we're looking for some Flowers, beautiful and gentle, beats you can live with.